Special: This May Soon Be the Most Talked-About $3 Stock in America 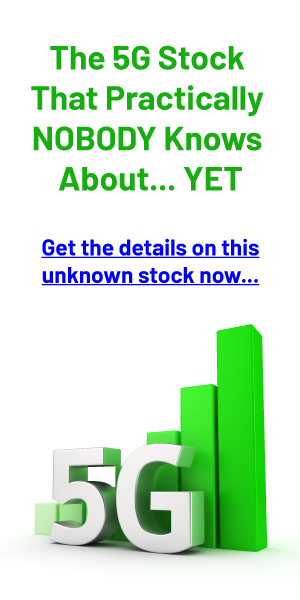 Dash is a digital currency that enables anyone, anywhere in the world to make quick, easy and cheap payments at any time without going through a central authority. Based on a decentralized peer-to-peer network, and secured by strong cryptography, Dash offers a safe and user-friendly payment method without barriers. Dash is portable, inexpensive, divisible and fast digital cash for both the internet and everyday life. It has a market cap of $1.42 billion, a circulating supply of 8.8 million and has traded over $466.5 million in the past 24 hours according to CryptoSlate.com.

DASH/USD has been building an upward channel over the past month and is looking to continue its movement with a higher low. A close above yesterday’s high near $156 is an indication of another higher low with a potential target at $190. A potential stop could be placed below yesterday’s low near $145.50.

AT&T Throws Bitcoin a Bone with BitPay Deal
AT&T has dipped its toe into the world of cryptocurrencies, becoming the first US telco to let its customers pay their bills with Bitcoin. The US telco has struck a deal with BitPay, which offers cryptocurrency wallet hosting and payment processing services to businesses and consumers.

Eric Swalwell’s Campaign Ad Is So Cringeworthy He Might Be a Genius
Rep. Eric Swalwell, the Democratic presidential nominee you’ve probably never heard of, recently released a campaign video weird enough to make your junior high self cringe. The representative from California announced his intent to run for president in April and has gained some recent notoriety as one of only two candidates to accept cryptocurrency donations.

Facebook is Launching a ‘Global’ Cryptocurrency in 2020 – We’re All Doomed
Rumors that Facebook has been working on a cryptocurrency haven’t exactly flown under the radar. And with the latest revelation, the Facebook cryptocurrency machine looks set to step up a gear. Facebook says it will be launching its cryptocurrency – GlobalCoin –  “in about a dozen countries” by the first quarter of 2020. We can expect more solid details by summer, BBC reports.

Binance CEO CZ Is Suing VC Giant Sequoia for Reputational Damages
Binance founder and CEO Changpeng Zhao is taking a unit of Sequoia Capital back to court after the VC investor’s case against him was dismissed. The crypto exchange mogul, nicknamed CZ, claims Sequoia Capital China hurt his reputation and prevented him from raising money at favorable valuations and wants the VC giant to compensate him. According to a filing submitted on May 20 to the High Court in Hong Kong and obtained by CoinDesk, Zhao has sent an application via his attorneys for a hearing before the court chambers on an order for “immediate summary of assessment of damages.”

Coinbase Crypto Integration Means Consumers Can Now Buy CBD Products with Bitcoin
By using Bitcoin, Bitcoin Cash, Ethereum or Litecoin, consumers will now be able to pay for CBD products using the aforementioned leading cryptocurrencies. No Border Inc. has made the payment option available to customers through its e-commerce portal by integrating Coinbase Commerce, a service that enables merchants to accept several cryptocurrencies directly into a user-controlled wallet. The platform will allow shoppers to make purchases with USD Coin, the Circle and Coinbase-backed stablecoin.

Get daily buy alerts on the most profitable cryptocurrencies via email. Find out where all the opportunities are in the altcoin market. 100% FREE.